As I mentioned in an early post,  a great group of ladies from four other blogs (Sherry from Young House Love, Katie from Brower Power, Kate from Centsational Girl, and Michelle of Ten June) decided to host this year’s Pintrest Challenge.

The challenge is simple, pick something you want to recreate from Pintrest, put your own spin on it and blog about it.  Submit your entry on one of their blogs and voila – you participated in the Pintrest Challenge.

This is my first challenge; after endless searching, mind changing, planning, etc. I decided to choose something special and dedicate it to my husband, Jason.

We’ve been married for 10 years. So to mark this milestone we’ve decided to have an anniversary year where we create something or do something special to celebrate old memories  and create new memories throughout the entire year. That is why I chose the Olive Oil Picture Jar repinned via Kay Lawrence :

Rather than babble on, let’s get right to it. I got my olive oil and mason jar and began making my masterpiece. 😉 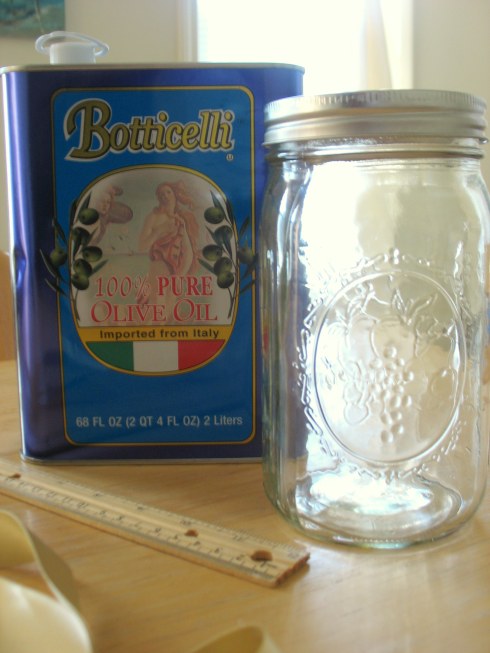 Next I chose a picture and printed out various sizes so I could test which would fit inside the jar. 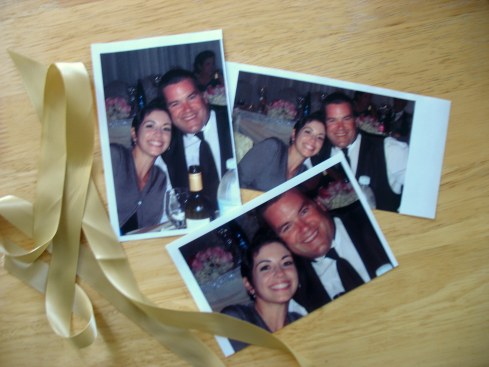 I also decided to print out some lyrics from Tim McGraw’s song “It’s Your Love” because it has special meaning to us. (awww – so cute right?!) I put the picture and the lyrics back to back with some card stock in between so that they keep their shape and laminated them together using laminating sheets. 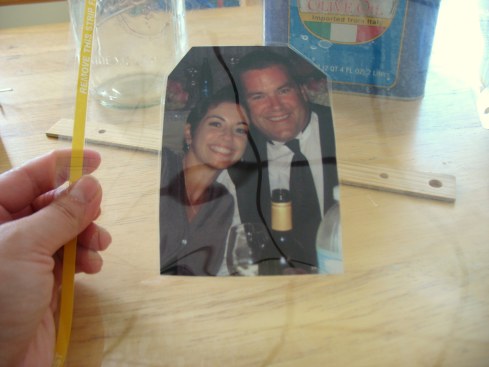 After some snips here and there, I placed the laminated picture and lyrics in the jar. Yup, looks good. 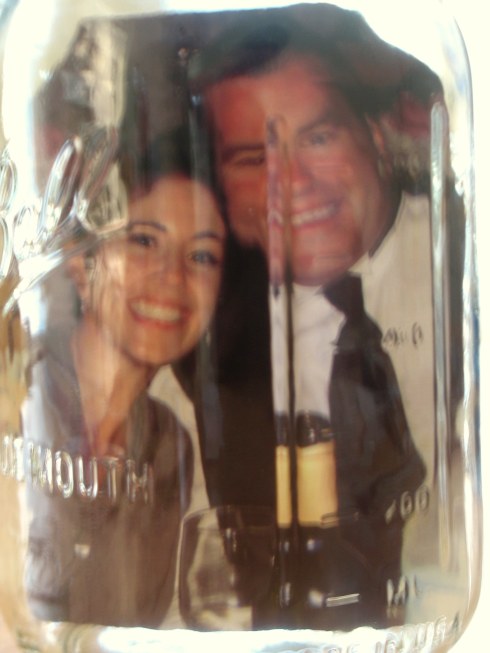 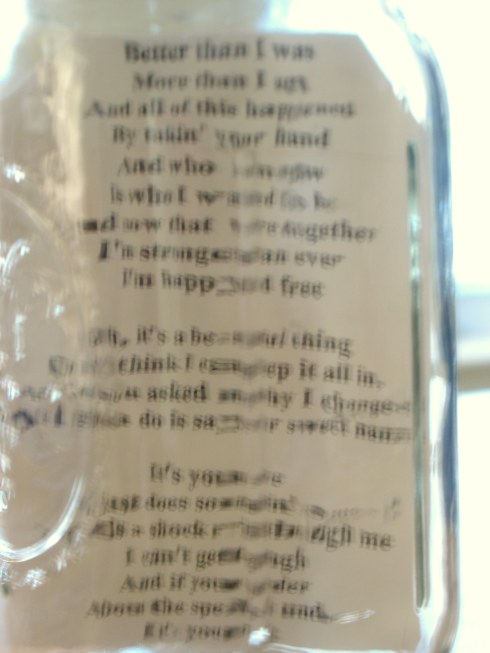 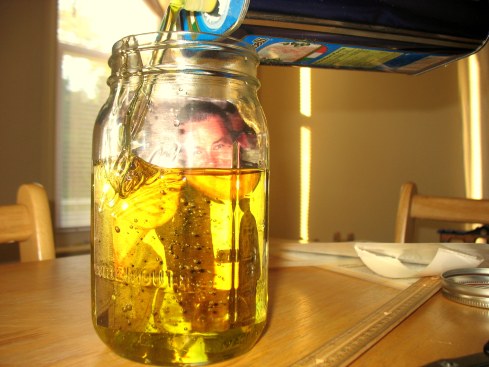 To make this that much more personal, I took a medallion that we got when we were dating and hung it around neck of the jar.

Voila – a keep sake that is something unique to us. 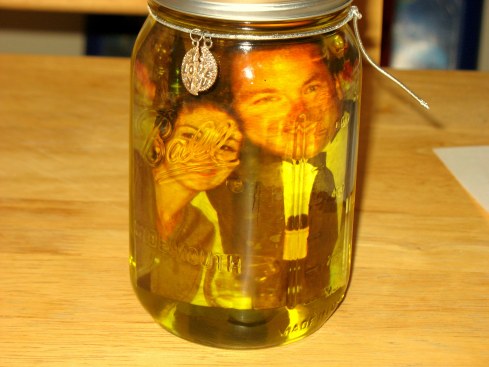 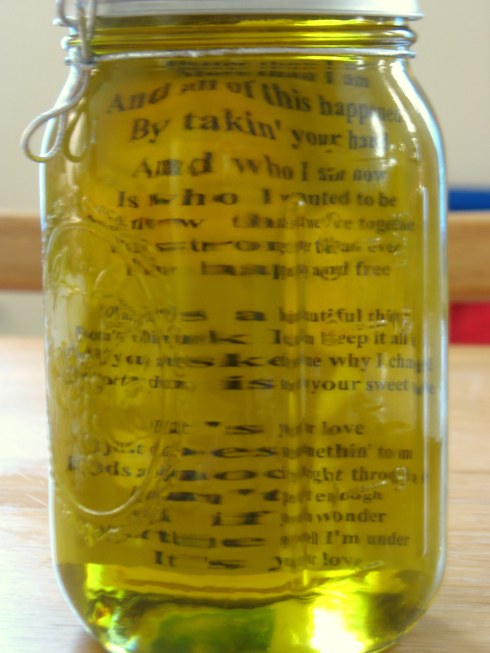 Happy Anniversary Babe – I love you so much! 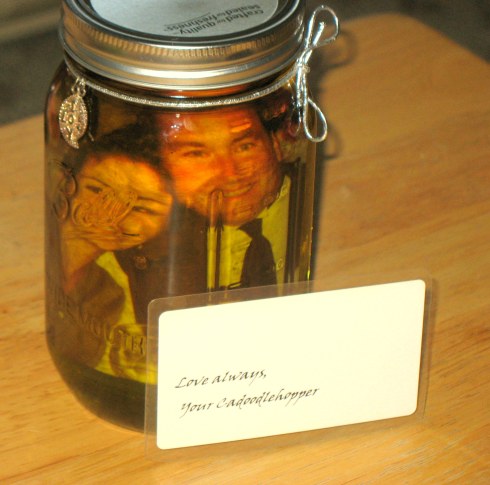 Welcome to our life - filled with renovations, projects, kids, family, pets. You name it - we'll most likely blog about it. END_OF_DOCUMENT_TOKEN_TO_BE_REPLACED
This entry was posted on Tuesday, July 10th, 2012 at 6:18 am and tagged with challenge, crafts, diy, family, mason jar, olive oil, Olive Oil Picture Jar, picture frame, pictures, Pintrest and posted in DIY, Projects. You can follow any responses to this entry through the RSS 2.0 feed.
« Okay, so I was a little off……
Fangs, Wings, and the HEEBY JEEBIES! »

Speak to me! :-P Cancel reply